So being the stubborn guy I am, and not listening to doctor's advice of resting for a few days, I immediately went to look for coral as soon as I got out of the hospital. Last night, at 4 in the morning, we took off to East Java. Our destination, Banuwangi! Banuwangi is located on the far eastern side of Java. It is here that you get on a ferry to go to Bali, the next island over in the Indonesian island chain. For those that are not familiar with Indonesia, the far west island is called Sumatra. This is where all the recent earthquakes have occurred. The next island to the right is Java, the most populous island in the world that is not a continent by itself (I saw it on Jeopardy at one time). The Sunda Strait divides the two massive islands in between. The famous volcanic Mt. Krakatoa lies in this strait, threatening to erupt. The next island over to the right of Java is Bali.

Banuwangi in Indonesian means "good smelling water". I'm not quite sure where they got that name from, although there is a freshwater spring that keeps pumping water out on one of the beaches. Besides that, this area has the coral and fish suppliers. From here, much of the corals are supplied to the exporters in Jakarta and Bali. And this is exactly why we go every week to select corals. Most are common bread and butter type of corals, but because this area is a magnet for the coral trade, I always see some really nice stuff. Not quite as nice as Sulawessi but different kinds. For example, most sps's come from these suppliers.

To prepare for this trip, we rent a car, normally an suv. My favorite is the Toyota Kijang. It looks like a small 4 runner but I think it is made here in Indonesia. I remember seeing these in Thailand too. The cost is around $20 a day. The only problem is, the dealer that we rent the car from, just lost the car. Or better yet, someone rented it and never brought it back! Can you imagine? It is probably in Borneo or somewhere, who knows. That is one thing about Indonesia, it is so big and far in between that no one can track such things as stolen vehicles. 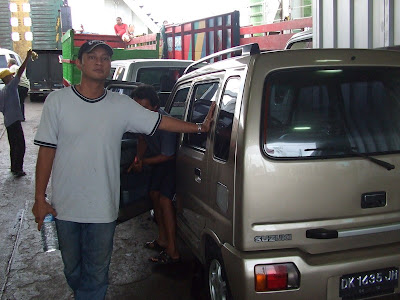 So this is one of the other vehicles available for rent. A tiny little Suzuki with two hamsters turning the wheel! The guy next to the car is my friend and business partner Gili. He is really nice, unlike the picture where you would think someone just took his lolipop! Ha! ha!, I hope he reads this thread. 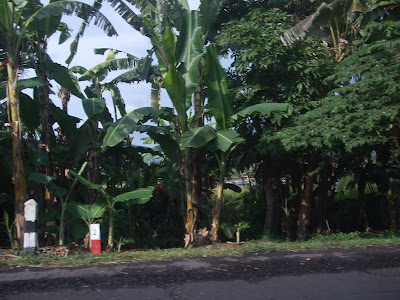 The drive from Tanjung Benoa, Bali (this is where our farm is) to Gilimanuk is about 4 hours away. For those of you that don't know, here in Indonesia, all the fish and coral warehouses are called "farms". Gilimanuk is the name of the town that has the port to ferry across to Banuwangi. 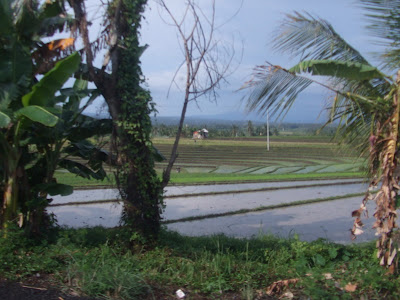 About thirty minutes out of Denpassar (this is where the airport is), the scenery changes dramatically. Fields of rice and beautiful greenery everywhere. 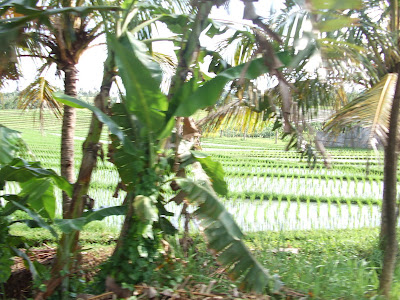 The drive is very nice, like an open country road on a Sunday afternoon. These pictures were taken on the way back. 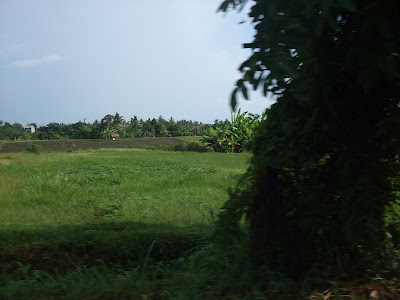 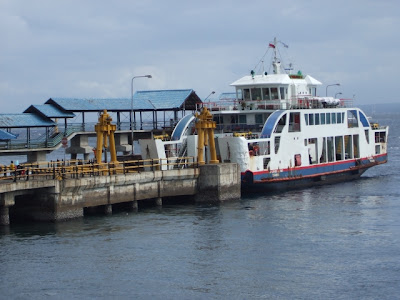 So this is the port and the large boat is the ferry. It takes about forty five minutes to an hour to cross over to Banuwangi. 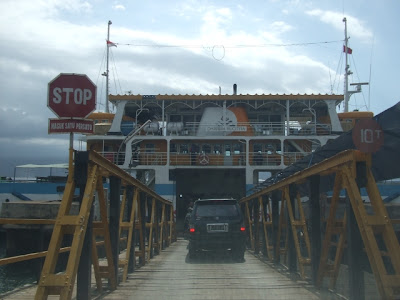 Here we are, entering the ferry. These boats can be huge carrying dozens of cars. 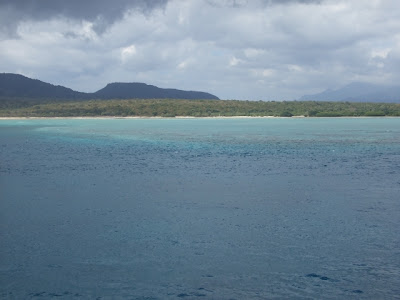 I took this picture as we were leaving Bali, very nice! 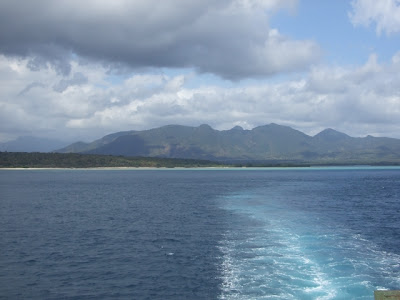 Another shot of Bali on our way to Java. This stretch of water is extremely dangerous. The current is like a river, no joke. The ferrys have to cris cross over to the other side, instead of just going straight. 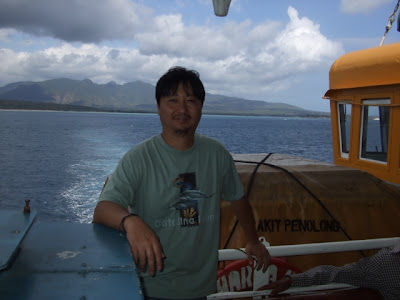 And here is the handsome coral guy! 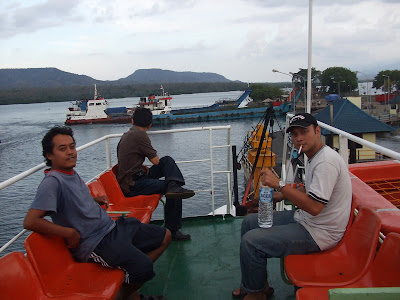 Top deck of the ferry. It was very nice until it started to rain! 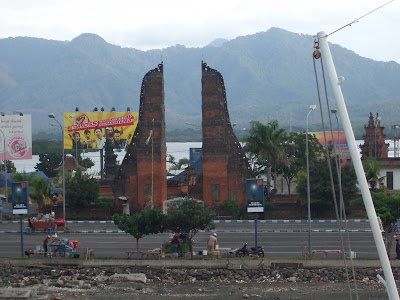 This is a view of Gilimanuk as we were leaving the port. It looks like King Kong could live behind the gates!
Posted by Eddie H. at 5:11 AM