Hello everyone. So I was at the edge of the reef looking for the intake pipe. The waves were crashing onto the corals. It made me think of how the corals are actually very strong. I decided to walk back to shore. 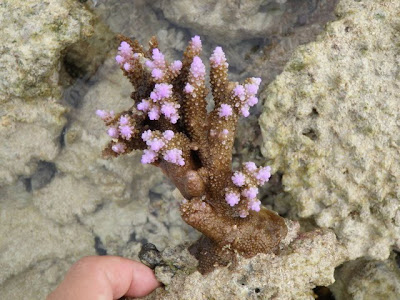 A shallow water acropora growing on a large coral rubble. Although the body was brown, it had nice purple tips! 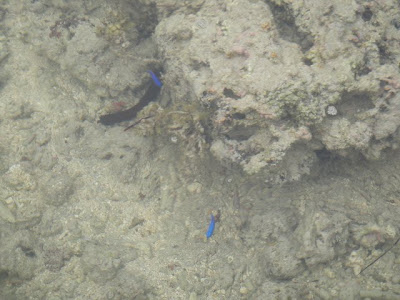 A couple of blue damsels in a shallow pool! 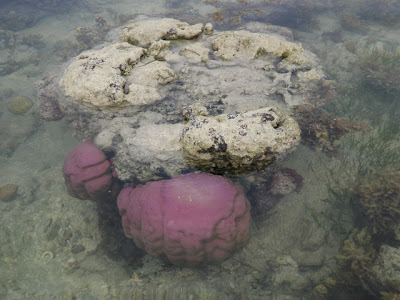 The biggest corals in this area were from the genus Porites. 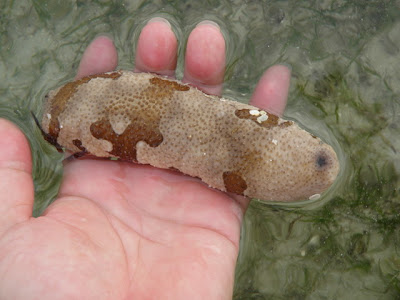 A nice sea cucumber that would fetch a good price with the buyers. 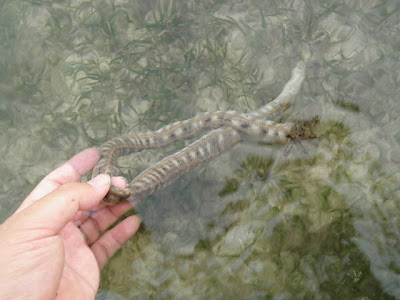 This long slimy thing is a medusa worm. It is actually not a worm but a type of a sea cucumber. 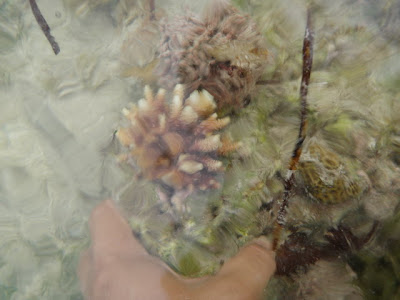 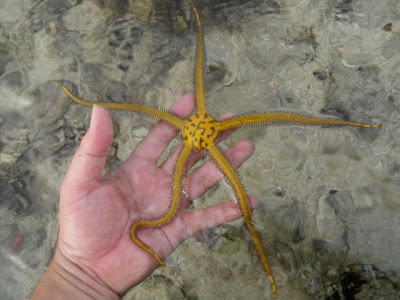 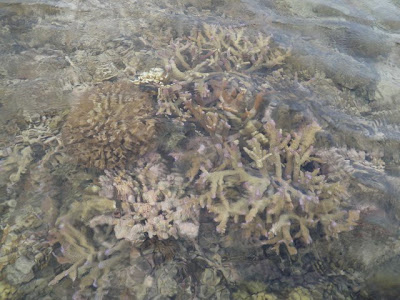 Groups of stony corals like this were common. There would be nothing and then an oasis of these stony corals growing together! 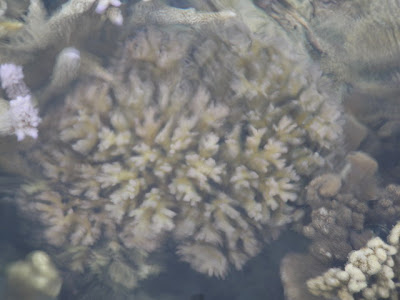 A yellow Pocillopora in a foot of water. 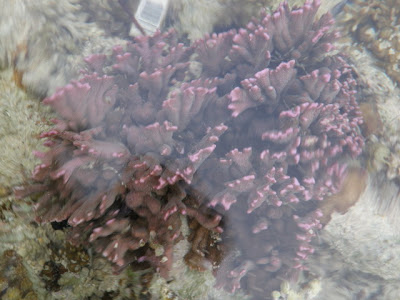 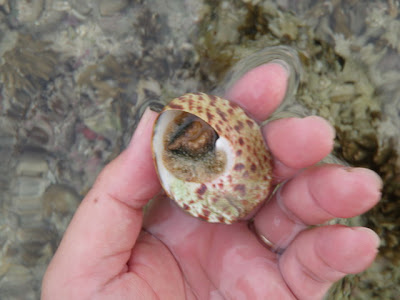 A wild trochus snail! This is pretty amazing considering that the only trochus around Tonga were the products of aquaculture. The original brood stock were brought in from Australia. The stocked cultured specimens must be spawning on their own in the wild. I have seen large adults while snorkeling around the shallows many times, but never a juvenile one like this! 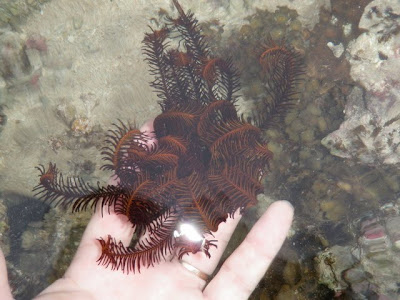 A crinoid sea star clinging onto my fingers! 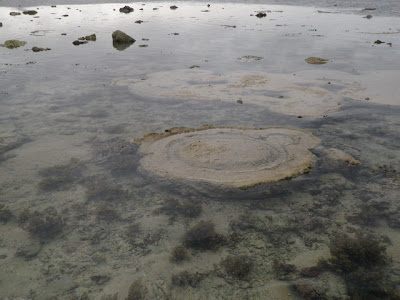 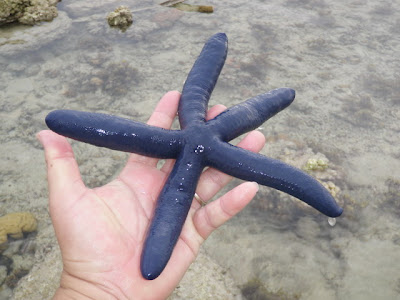 Everything is big in Tonga! Check out this monster blue linkia. 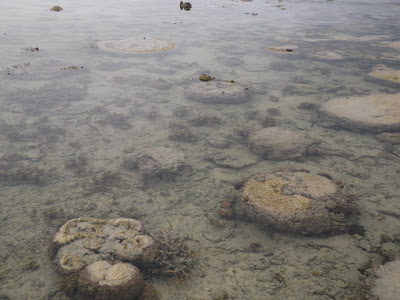 This patch of the reef had these table like dead porites. Since the coral couldn't grow upwards due to the shallow water, it kept growing sideways. It is an amazing sight! 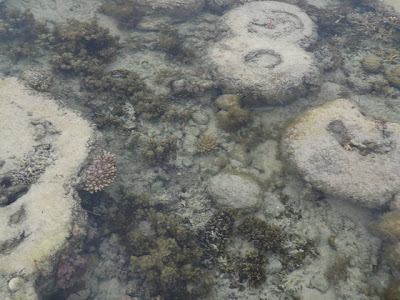 A few hardy Acropora milleporas were making a home in this desolate zone. 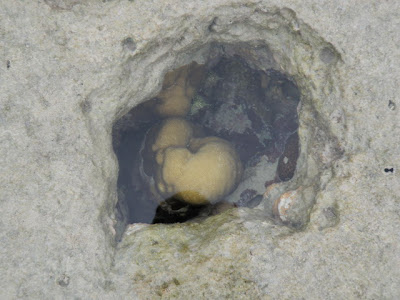 Many of the porites "tables" had openings on the top. In this particular hole, a live porites was making a home. I wonder what it would look like in a few years as the coral continues to grow. 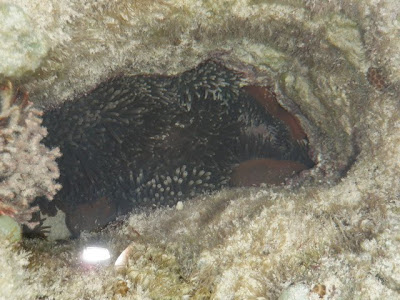 Even a sea anemone made a home in one of the crevices! There were clownfish too but couldn't get a photo. The clowns looked like cinnamon clowns. 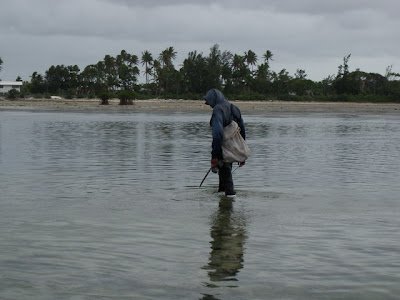 As I walked back towards the shore, I spotted this local hunting for something. 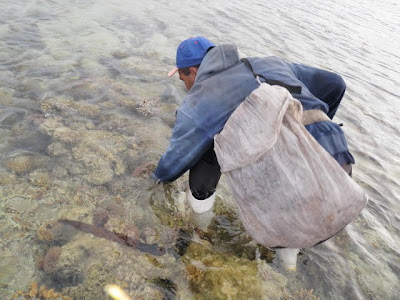 He was hunting for octopus! It was pretty cool how he was catching them. Once he spotted the octopus hiding in the rocks, he would simply stick his hand into the opening. The curious cephalopod would then stick out its arms and grab the fingers of the fishermen. Once the octopus arms were securely wrapped around the fingers and hand, the fishermen would simply pull out the unsuspecting slimy guy! There would be lots of ink at this time but no where to hide. 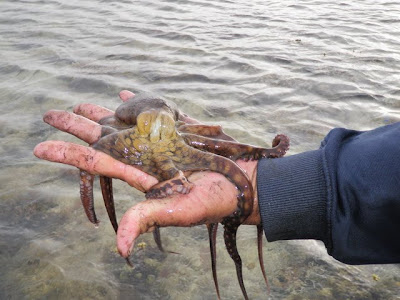 This is a small one and the local guy offered to give it to me. I told him to let it go since it was so small. He said that on a good day he can catch up to ten good sized ones during low tide. He mostly catches the octopus for food, but will sell if he has extras. The hard part is locating the octopus hiding in the rocks, catching them is the easy part. Oh and he did keep the little guy:( 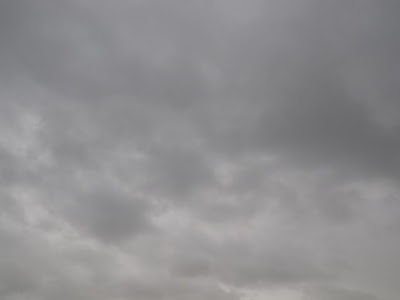 The weather had changed and started to rain, time for me to go!
Conclusion
Ok guys, that is it for posts from Tonga. I hope you have enjoyed my adventures in this small South Pacific Island. I do look forward in going back in the near future!
Cheers,
Eddie
Posted by Eddie H. at 4:29 AM

Hope you enjoyed your journey very much. Petter Joe