Hello everyone. My Coral Adventures shifts back to Indonesia, where on Sundays, me and my friend like going to the local fish stores. My business partner/friend (name is Gili) has a 240 gallon plexiglass tank that I gave him while back. It is set up as a fish only tank and Gili does weekly water changes. Sundays are perfect for driving around Jakarta. You don't want to know about Jakarta traffic on weekdays, it is horrendous! 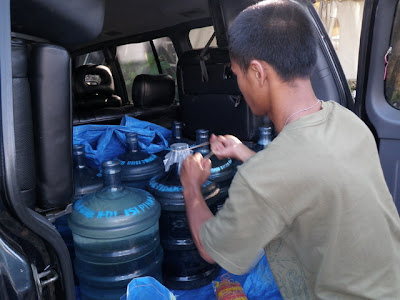 We use these five gallon containers to transport the water. 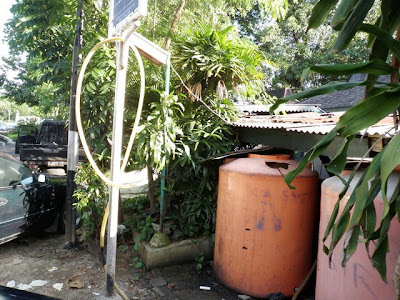 The water is sold at one of the stores. That hose connects to a reservoir and quite many reefers come to buy the water. The water originally comes from around Jakarta. Jakarta Sea World filters the water and sells it to the stores. 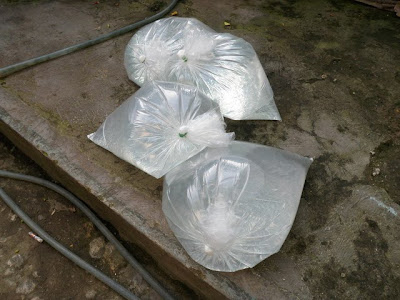 No water containers, no problem, plastic bags can be used! 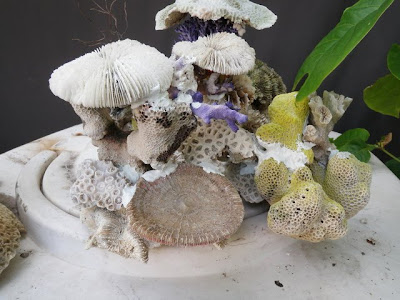 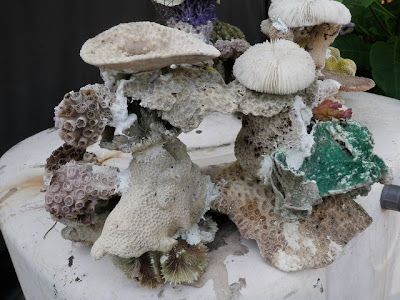 LFS's in the US could do the same. I would ask the customers to bring in their dead coral skeletons for credit. Then put together these coral "sculptures" as part of the rockwork in our tanks. After some time, it would be all coralline encrusted and look really nice. I think this would be perfect for nano tanks! 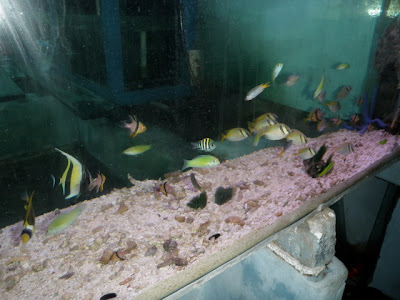 All tanks are made from glass. Acrylic is not readily available and very pricey. Here you see some local common fish, cardinals, rabbitfish, moorish idol, etc.. 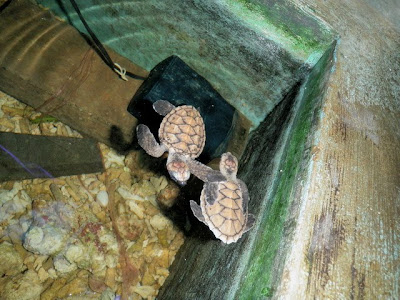 So this was kind of sad. Local wildlife is not closely monitored in Indonesia. But in Bali, turtles are revered by the Balinese Hindus, so there is much more awareness. Turtles are a favorite food item in most parts of Indo. 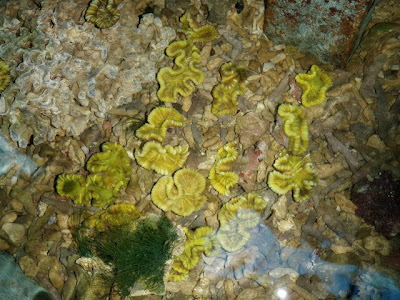 Another disturbing site, color dyed trachys. Coloring corals was very popular some years ago, especially with leather corals. The practice has tapered off quite a bit in the years, so that tells me that reefers are rejecting the bad practice. Part of the problem was that unscrupulous store owners were selling the colored corals without telling the customers! 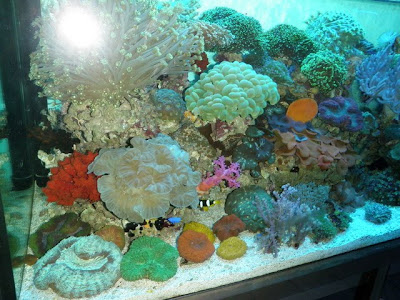 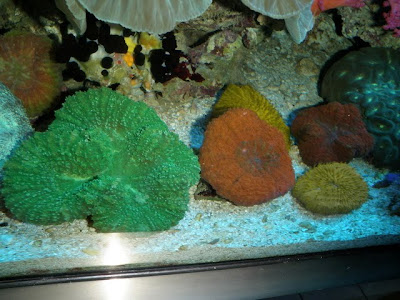 Lobos and fungias grouped together stands out, all part of positioning your corals so they look visually appealing to the eye - nice! 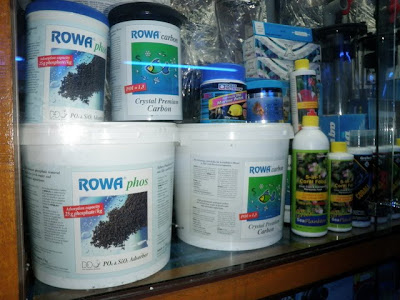 Surprised to see some high end dry goods. For sure these were brought in from Singapore. 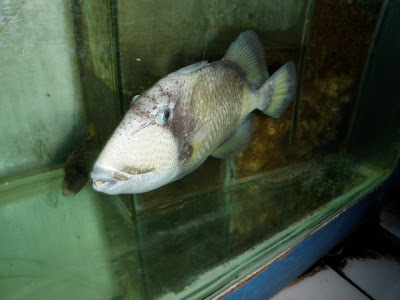 A titan trigger. These are commonly eaten as "chicken fish" in Indonesia, and they do taste like chicken. 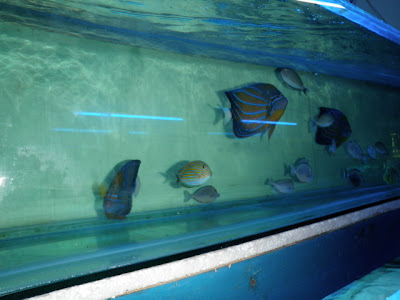 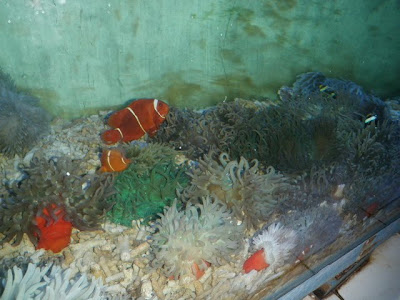 A maroon clownfish pair playing around in assorted anemones. 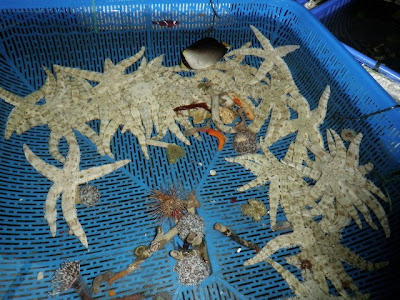 Some common inverts from local waters. 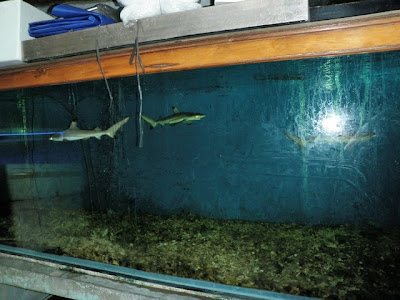 Some very small black tip sharks cruising around in a 12 foot tank! 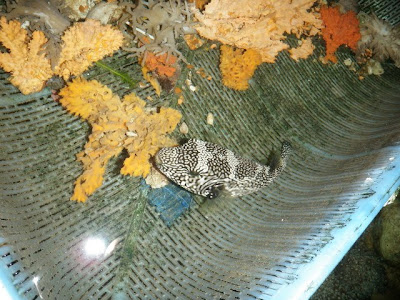 A stellatus puffer hanging around with sponges. These are the world's largest puffer species. 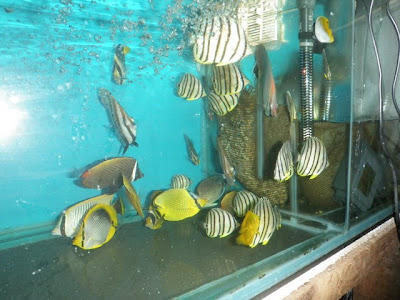 Assorted butterflies. Surprisingly, many people come by and buy these common fish. Most likely they end up dying and are simply replaced with new ones. 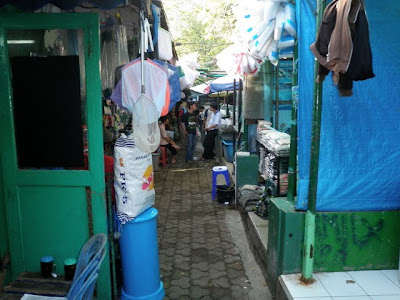 Like many other places around the world, the fish stores are concentrated in a certain area. This makes it easy for the customers. 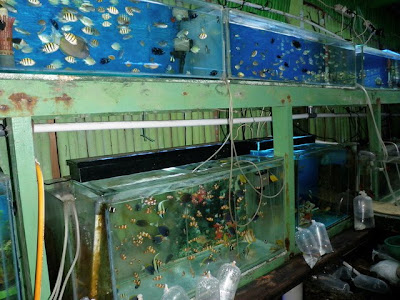 Lots of fish in stock! 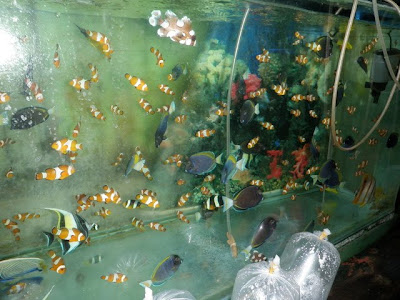 These had just come in earlier in the day. 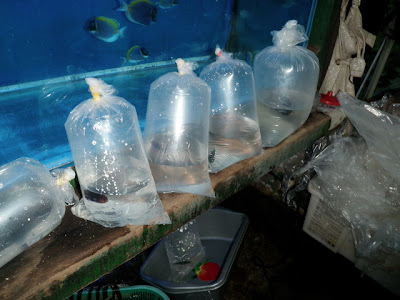 Some fish are already prebagged for simple purchase. 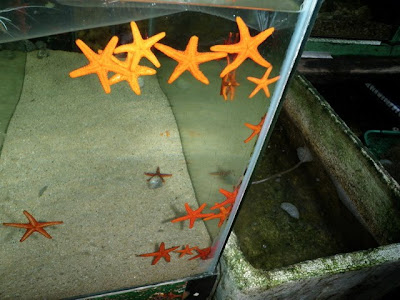 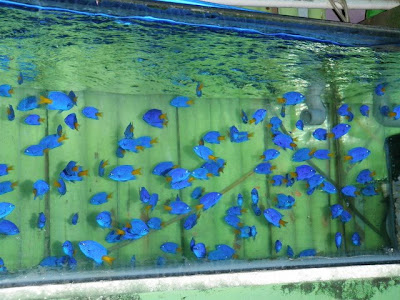 One of the bread and butter fish in the trade, the yellowtail damsel! 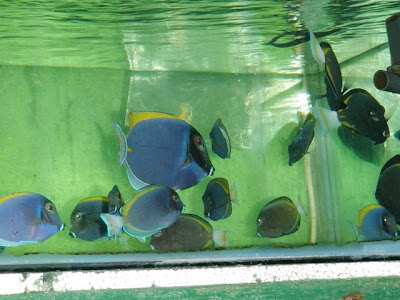 These powder blue tangs are from Sumatra, from the Indian Ocean! 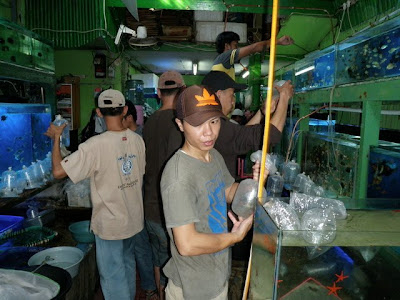 On Sundays, it can get crowded. Here the workers are busy netting and bagging fish for customers.
Conclusion,
Ok guys that is it for today. Stay tuned for more posts of Jakarta LFS's in the coming days.
Cheers,
Eddie
Posted by Eddie H. at 2:29 PM

Eddie, I have a aquarium service company here in New York City. I'm interested in finding a supplier out there. Please email me at billgoody@nycaquariumdoctors.com

Miss the days we had when I was in Jakarta Ed..when are u going back?

This kind of life is amazing. What do you say?

The article consist of some attractive picture. Thanks for your nice article. Petter Joe