Hi everyone, hope you all are having a great summer.  Let's continue on in making artificial liverock! 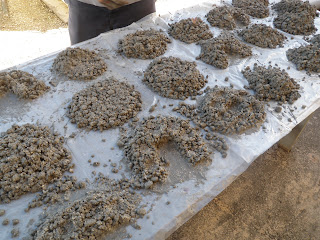 After lunch break, we got to start actually making rock from the cement mix.  As you can see the first trial didn't turn out good.  We had too much water and too much of the volcanic rock and really couldn't hold any shape.  We just ended up playing around with the mixture to get a feel for it. 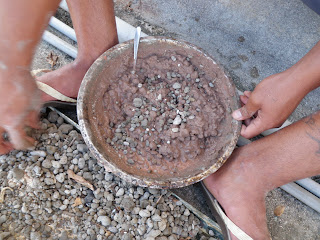 The next day we tried again.  We got smarter this time and made small batches to the get consistency correct.  We even found pink grout color at one of the hardware stores, not quite the same as cement color but will have to do.  The color turned out to be pink, don't know why I expected to be more reddish when the label said "pink" - ha! ha!  Nevertheless we were excited to try again. 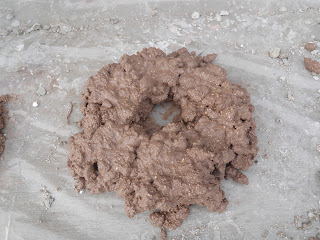 So it was starting to look better, still not the shape I wanted. 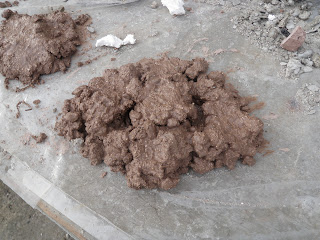 No matter what we did, the form would just kind of sag down - frustrating! 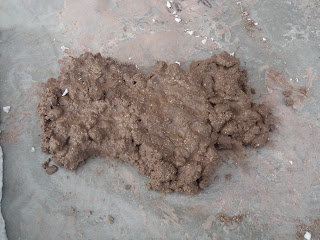 One of the guys got creative and made this "pig" shape! 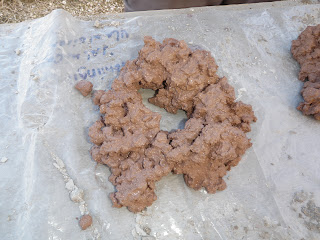 Then we got the hang of things.  The trick was to not to touch the mix with hand, rather just kind of let it fall on its own forming the shape it wants to.  After this piece drys it would be turned over and the flat side would get formed.  Then it would have to sit out in the ocean probably for at least 4 months for the coralline and other things to grow to make it look like natural rock.  At this point we were confident that we could shape larger various pieces using this technique. 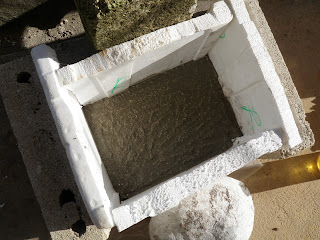 The next thing  I wanted to do was to find a way to produce the rock quick and easy.  Perhaps a mold would do the trick.  Like all things, have an idea, must experiment to try to make it happen.  So we were going to attempt to make a mold for the rock out of cement.  We poured loose cement into this form to start. 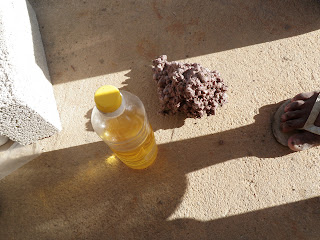 Got a piece of rock already made, better looking than ours but with more practice we could make awesome pieces I'm sure. 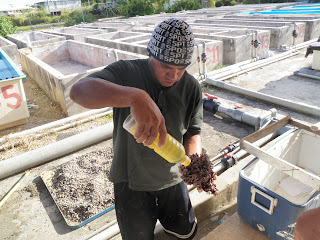 We used cooking oil to help the cement from sticking onto the rock too much.  Don't laugh, remember we were at the experiment stage, so anything goes that we might think it would help. 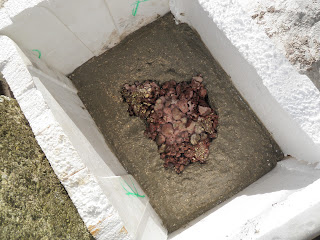 Then we placed the rock into the cement and waited.  Well, waited too long and it got cemented in!  Couldn't pull the rock out - ha! ha! 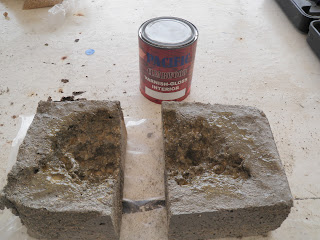 We tried again and kind of success.  Here is the mold and we applied lacquer so the rock being made would be easier to pull out.  The flat side then could be formed with loose cement to make it more natural looking.  This whole mold idea was promising, just have to experiment with it more. 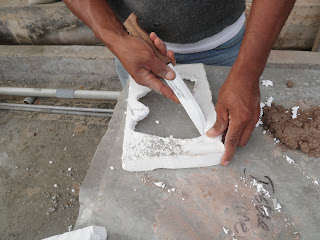 Another idea we tried was to make a simple mold out of styrofoam.  Again brainstorming for ideas! 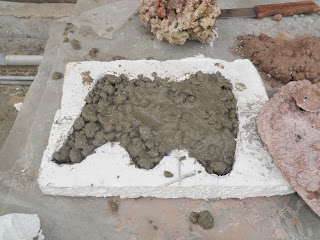 So here it is drying, kind of ugly shape but like I said, only an experiment. 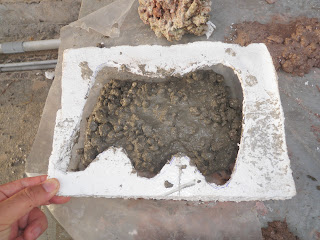 The idea worked, the shape now could be mass produced easily.  Using our technique of letting the cement falling, we could form nicer natural looking formations on the top of this rock - both sides that is! 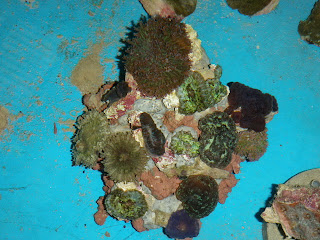 When I get tired of working on one project, I like to start meddling around.  In this case, we had a bunch of single loose mushroom heads (left overs) in one tank.  For fun I glued the single pieces onto an artificial rock!  I trimmed down the rocks on the mushroom heads just big enough to be glued to the man made rock. I used regular cement so you can see the grey.  If I had access to the same color dye as the rock, then it would really look good.  Anyways you get the idea, and this is something that I want to produce in big quantities in the future.  Indonesians are masters at making these kind of things! 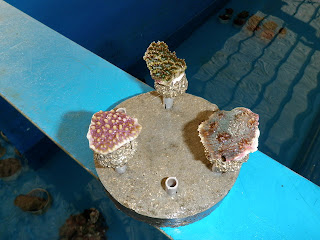 So I hoped you liked this topic.  I got to experiment with ways of making artificial rock.  It was a good start, unfortunately I ran out of time and had to come home back to the US.  But, I am confident that we could produce premium great shaped man made rock in the future.  I hope you have learned something new from this post, and if you have other ideas or suggestions, please let me know I would love to hear them.  You can post a comment here or send me a message at joylucktp2000@yahoo.com