Hello everyone. Here are some acros and montis that I found on a recent trip. Keep in mind that I'm taking these pictures inside an old building with natural light - Eddie. 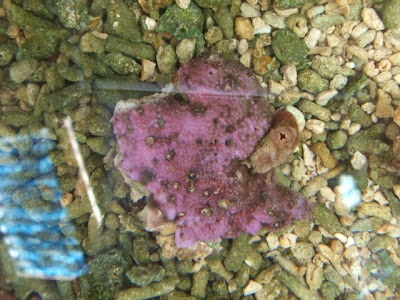 A very bad picture of a nice encrusting montipora. This one has huge white polyps, kind of like a Montipora mollis. 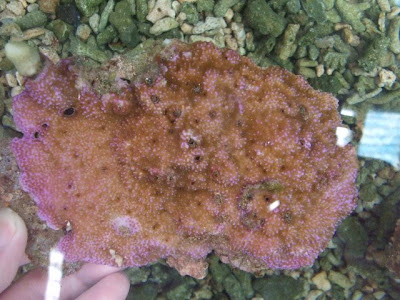 Purple base with orange polyps. This is the Indonesian version of the "Superman monti". The polyps can color up under halides. 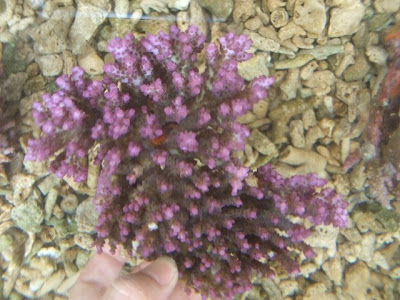 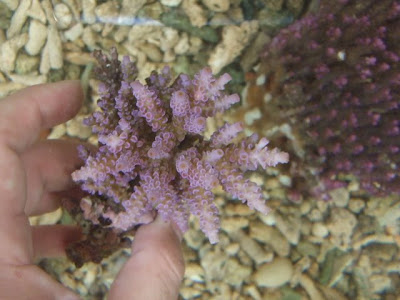 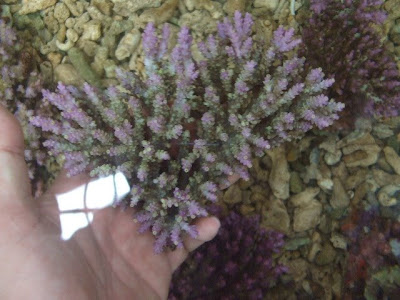 Here is one acropora that is not too common. This one appears to be very close to an Acropora vaughani. Fluorescent green with purple tips - beautiful! 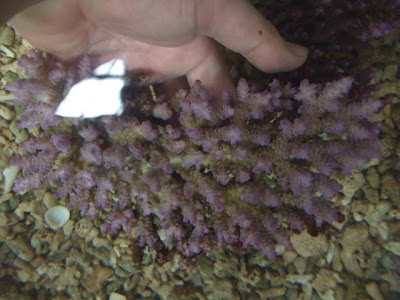 A tabling tenuis. This one is yellow with purple blue tips! 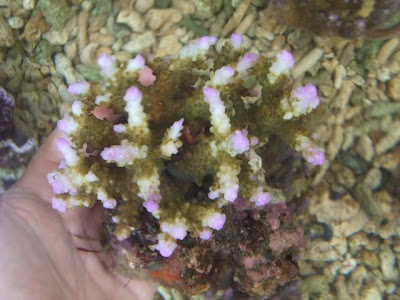 A young colony of Acropora natalensis. The branches usually fuse together in this species. Hard to tell but the branches on the left side are starting to. Note the crazy whitish purple new growth on the tips! 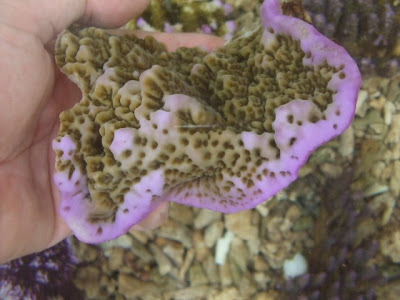 Beautiful little colony of encrusting montipora. There are large number of species that are very similar. But this one appears to be a Montipora undata. Nice green body with purple rim! 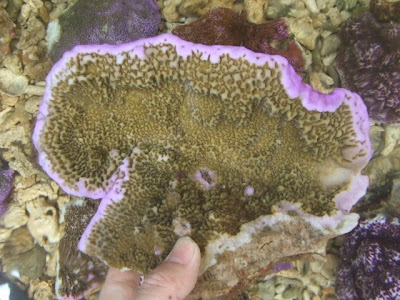 Another large undata. It looks like a large frag was broken off before on the left side. Gorgeous! 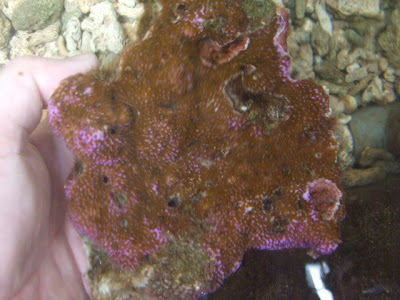 Can't make out the colors but this is another Superman monti. The brown polyps are actually orange! 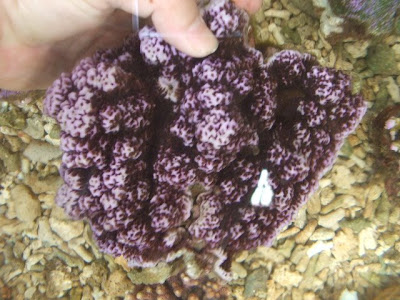 Another encrusting montipora. This one grows upwards rather than plates. The purple is really dark, contrasts well with the whitish tips! My guess is that this is a Montipora spumosa. 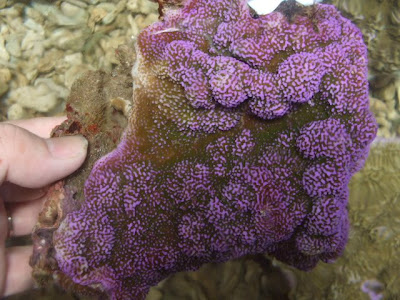 Another beautiful encrusting montipora. This one is a Montipora monasteriata. It has dark green polyps. Some of these polyps can morph into an orange color, making it into rainbow monti! 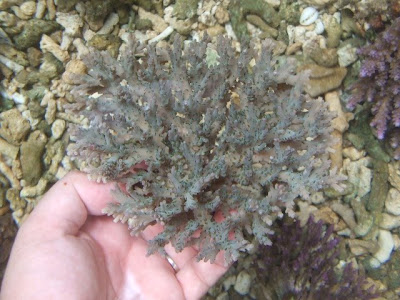 A very bad picture of one of my favorite acros. This is an Acropora selago. I have yet to see it under halides but I know it is nice. My guess is that this shade of green will look green-blue under 20k's! Relatively rare since I only find one piece on a given trip. 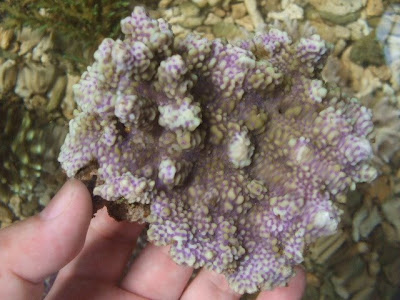 Montipora verrucosa! Perfect small colony. The base is yellow-green with purple polyps. The Montipora capitata looks very similar to this but usually grows in a branch form. 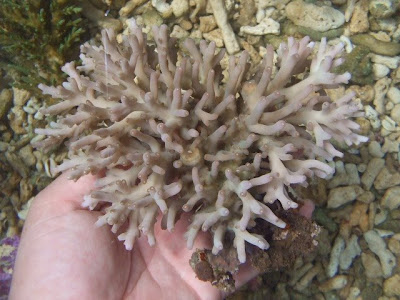 A rare green morph of Acropora turaki! Normal colors on this relatively rare coral is yellow or brown. I think it has a chance to get blue tips under artificial lighting. 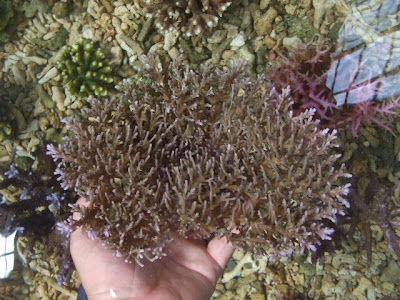 A beautiful show sized tabling Acropora jacquelineae! Note the blue tips. This is a truly unique piece with no damage. Usually thin branched acros like this always get damaged when collected. Unfortunately, it did get damaged when it was shipped from East Java to Jakarta. These are the risks when handling brittle deep water acros like this. 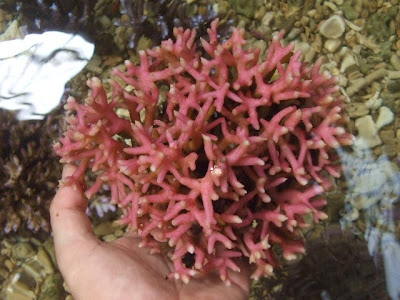 Here is one seriotopora species that is not so common. This is the Seriotopora caliendrum - beautiful purple-pink. You can tell the difference between the hystrix species below. 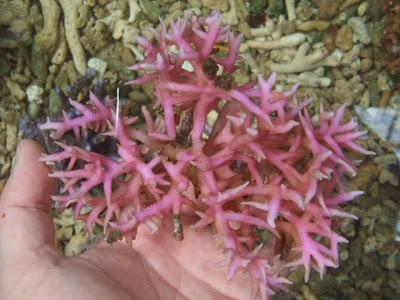 This is the common species of Seriotopora, the hystrix. This one is another one that is hard to ship. Some branches always break during transport to Jakarta. 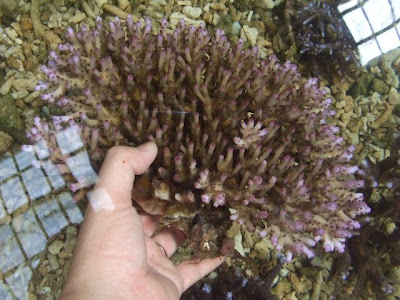 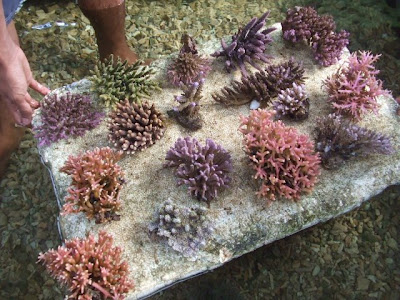 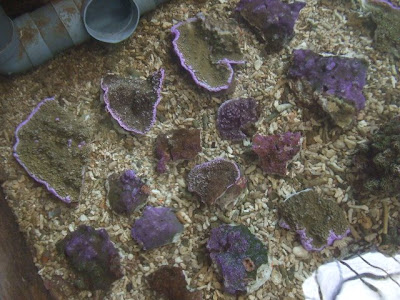 These are my picks. Those undatas are unreal. Look how much color they have under a warehouse light. I'll try to get a picture under halides. Funny thing about montis, I haven't found one capricornis type that I would consider to be "nice". They are all brown or green with slight purple rim.

These are some of the sps's that I found on this trip. Coming up are the lps's. I posted the pictures before but I'm working on the text now. So within the next few days, I'll post them again.