Hello everyone. Today, I would like to talk about one of everyone's favorite inverts for the reef aquarium - the giant clams of Tridacna!
Before I left Tonga, the government officials with conjunction with the AusAID guys were going on a field mission to bring back brood stock clams from one of the other major Tongan islands - Haapai. This island group is relatively shallow and boasts huge diversity of marine life. The water is warmer than the capital island of Tongatapu and very isolated with only few people living. There is virtually no tourist thing going on and I know there are some crazy wild clams to be found!
Below are some clams that were found on that trip. I left Tonga and went back a few months later and took these pictures. Some of the clams were already at the fisheries but all the large ones are definitely new. 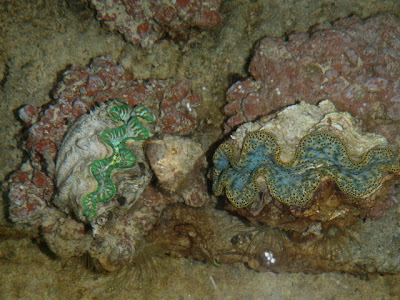 Couple of wild maximas. You won't find the crazy ultra grade maximas in Tonga, most are what I would consider 1st grade. But the one on the left is pretty nice, sky blue with a gold rim! 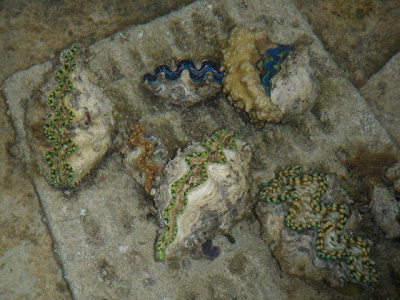 The clam on the right corner is a squamosa. The two larger green ones are derasas, and the others are smaller maximas. 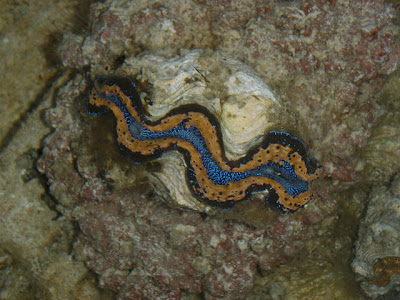 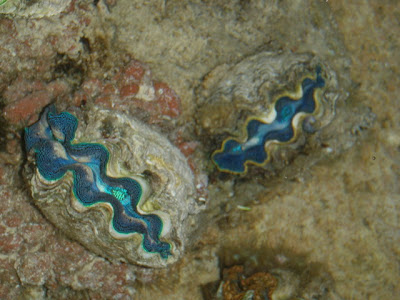 So this was a total shock to me! These are croceas. I have never seen or heard of croceas before in the Tongan islands. I took a double look after thinking they were maximas, never in my wildest dreams thinking croceas were found in Tonga waters. Years ago, I got permission to bring in croceas to propagate from other places but never got around. Of course the fisheries people thought that they were maximas! 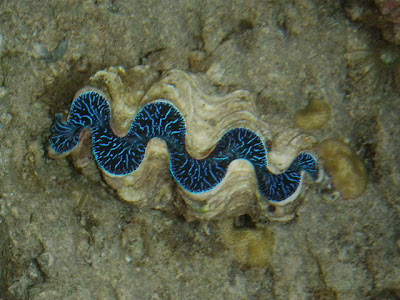 I once snorkeled around Haapai's main island and saw tons of these blue maximas embedded in the reefs, as shallow as two feet! 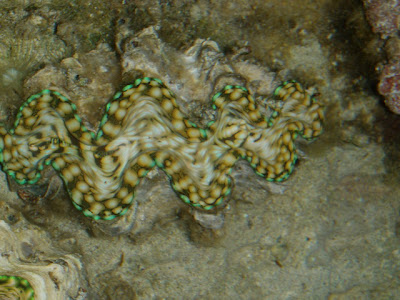 Green coloration of a squamosa. The Vietnamese versions of these clams look just like this. The color resembles the typical colors of a derasa. 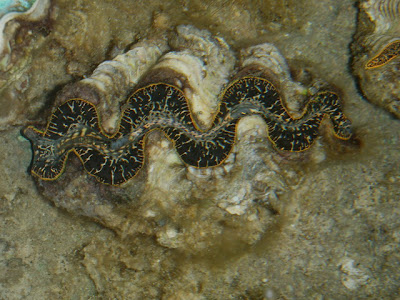 Black maxima with gold rim. Although we don't have the ultra blue ones, once in a while we will find the highly sought after "black and white zebras"! 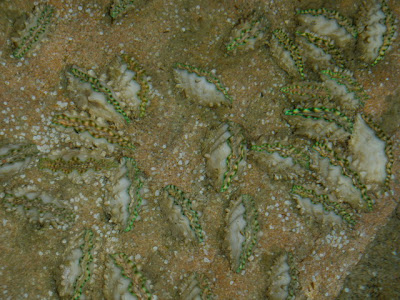 Some baby derasas that were propagated. These guys grow extremely fast and by far the easiest clam to be artificially spawned and raised at the fisheries! 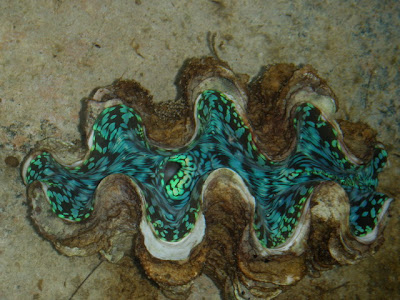 Wow!! First glance I thought it was an exceptional derasa. But a second look and I was like, holy crap, a blue squamosa! Yes a true blue squamosa, not some little blue specks and people selling/calling them blue squamosas, but the real deal, the "real mccoy"! 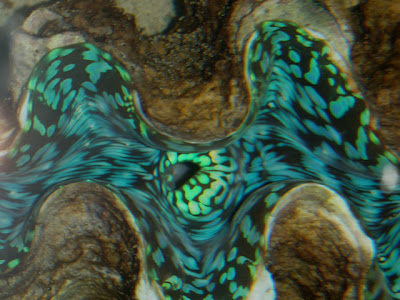 A close up look of the 20 inch monster! The mantle was fully opened but closed up slightly when I took the pictures. 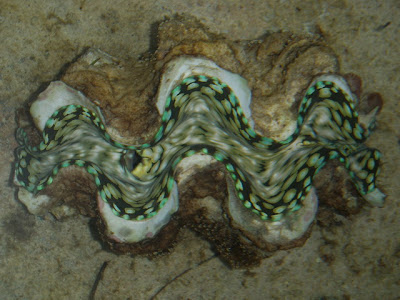 Not a blue squamosa but still nice. Note the sky blue specks on the rim of the mantle! 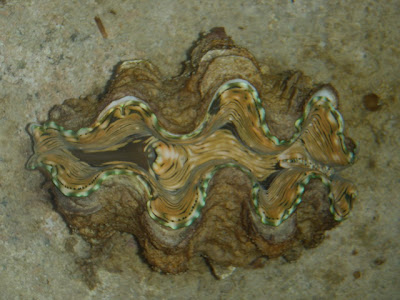 Another squamosa resembling a derasa! 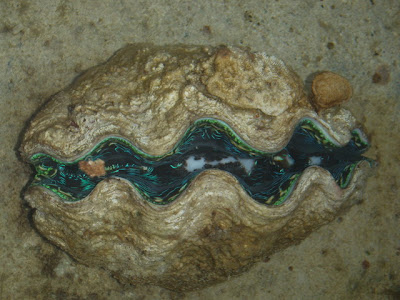 This monster dark blue derasa is well over 24 inches! 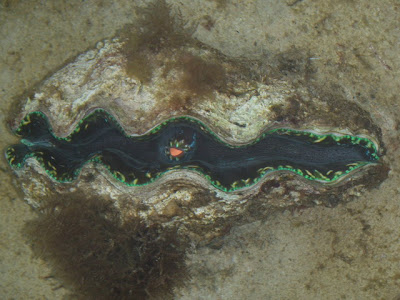 Blue variations on the derasas seem to be common in Haapai. Check out the pink mouth opening - pretty cool! 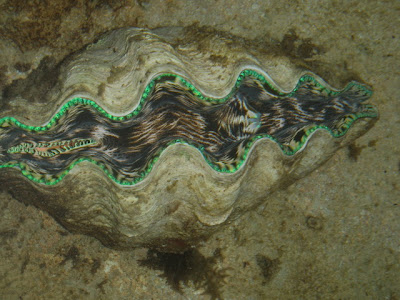 Not quite so nice as the other derasas but a healthy large specimen for spawning for sure! 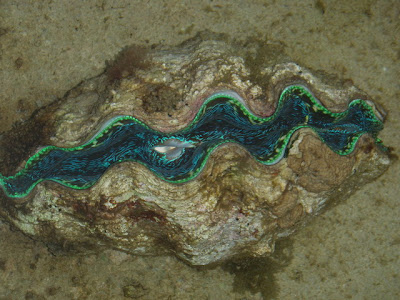 I've seen crazy metallic blue derasas in Tonga before. This one is not quite there yet, but still nice! 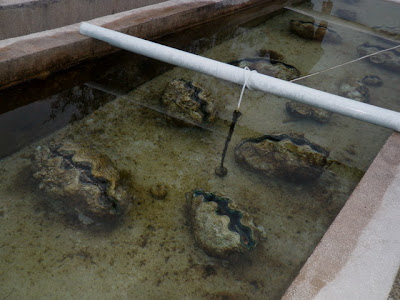 Just to give you an idea of how big the clams are - the width of the concrete tanks inside measurement is 5 feet! 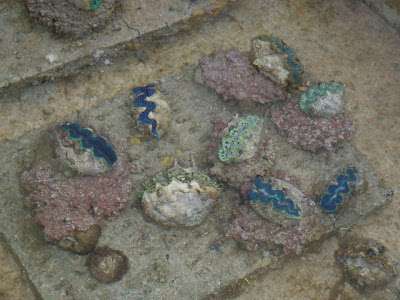 A nice array of wild clams ready to be spawned! 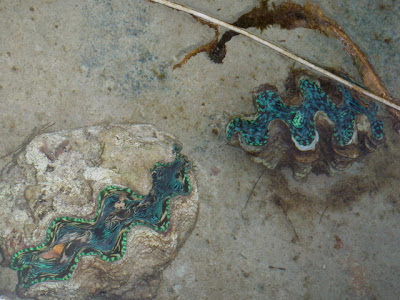 What a beautiful sight! Two wild giant clams that are blue in color when they are supposed to be green!
Conclusion
Ok guys that is it for today. I hope you enjoyed and learned something new about the giant wild clams of Tonga. Couple of quick notes, interestingly enough I did not see any large maximas that were brought back from Haapai, yet large maximas appear on the tables of the fish market in Tongatapu. And one thing you might have been thinking "where are the gigas"? Gigas are not endemic to Tongan islands (but who knows one day one may be found like the croceas). Back years ago, gigas clams were brought in from Australia to be propagated. Around certain areas of the reefs, the fisheries have broodstock. These are strictly prohibited and some are quite large.
Currently I am not sure if the above clams have been spawned yet or not. I will have to return soon to Tonga and find out, it has been a year already!
Cheers,
Eddie
Posted by Eddie H. at 8:40 PM

Awesome! Keep em coming! I love the posts! I'm particularly attached to anemones, so any anemone photos would be great!

That was one of the best place to travel.

How colorful the coral is. Nice creation of almighty. Petter Joe