Coral of the Day - Trachyphyllias!

Hello everyone, today's coral is the beautiful open brain Trachyphyllia geoffroyi. This particular coral has only one genus and species. Sometimes due to environmental differences, the skeletal body is flat and coral has a circular shape. Here in Indonesia, the flat bottom morph is known as Wellsophyllia radiata. It even exists separately from Trachyphyllia on the cites. No one knows that this is the same coral. I'm not sure where the name came from, even Dr. Veron doesn't mention "Wellsophyllia" in his Corals of the World book. Again, like the scolymia and cynarina mix up, the wholesalers in the US also sell this coral as a Wellsophyllia, or sometimes known as the Bali brain. The fish and wildlife officers have caught on to the mix up and now are confiscating any trachys that are sent under Wellsophyllia. I talked to them personally and they are firm on the issue. They don't even want to see "Wellsophyllia on the cites! Again it is hard to change the system here in Indonesia, but I'm slowly making headway. Something interesting about this coral among the fishermen and suppliers (these are people that buy from fishermen and sell to the exporters), the red and green morph is known as a Bali brain. The green morph (very common) is known as the Java (pronounced Jawa) brain.

These pictures are from a shipment I just sent to the US. 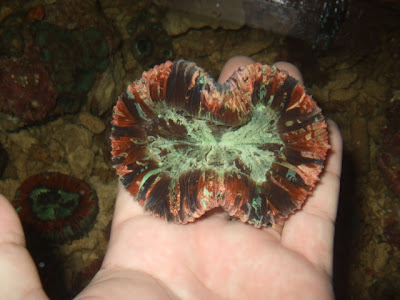 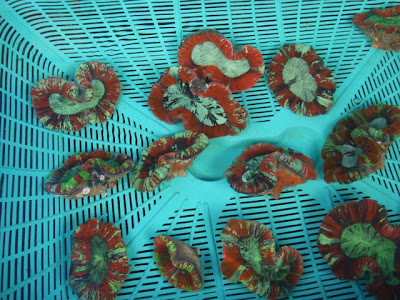 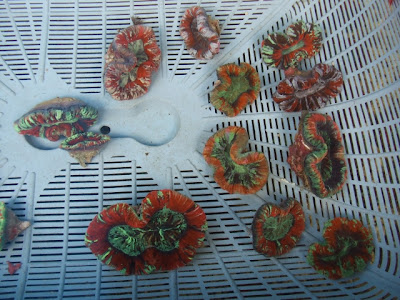 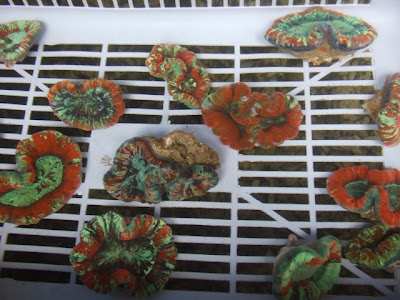 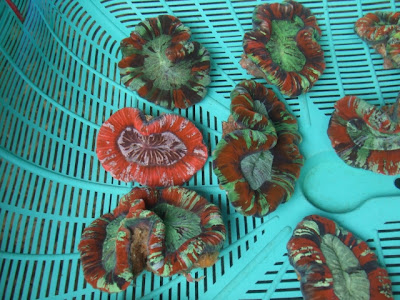 The before common red and green, two tone morph of the "Wellsophyllia" has vanished in the trade and now is very rare. It is probably the rarest coral here in Indonesia. It sells for 8-10 times the old price, if you can find one. I've been on an adventure trip trying to find this coral, but that is another topic.

Hi Eddie, iam frm Malaysia and would love go to Bali for holidays..how are going to buy some marine fosh and coral in small quantities to bring back to Malaysia..